Hello,
I am trying to install according to this : Guide

But I dont get anything in the start Menu.
When I try to locate the files in the installation folder i do see python.exe and the folder structure. I can run the python.exe in this as my other python version I have installed. But I cant run Anaconda Navigator. 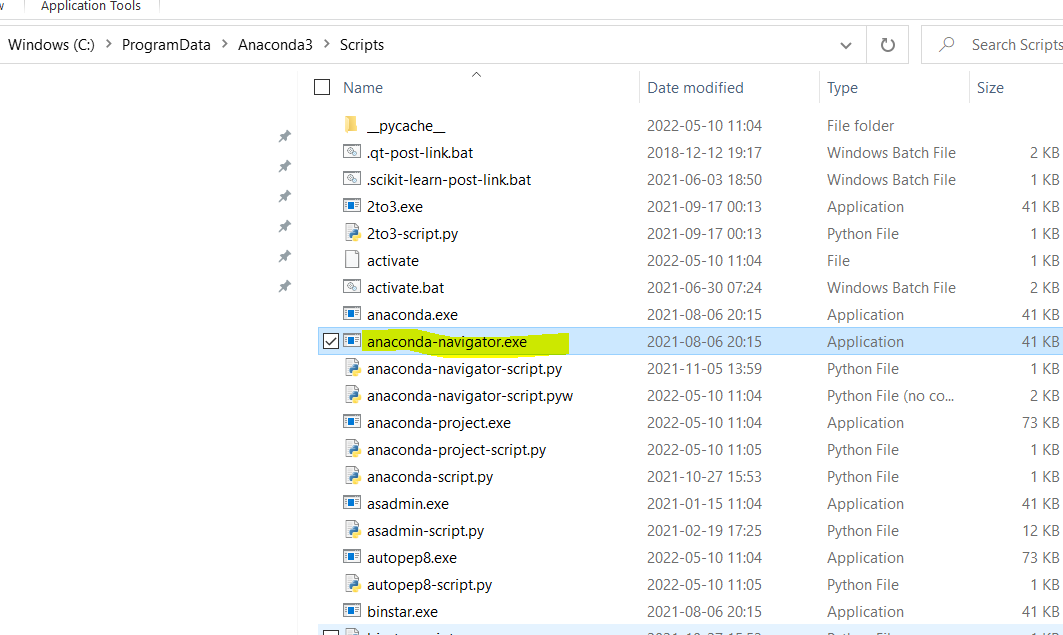 The script try to start. I see the quick console screen appear. But then it closes.

There is no problem to run python scripts in general. I am new to python but am running scripts know and thin with VS and ArcGIS.