I have installed Anaconda Navigator (version 2.1.1), and Skyfield, but when I try to test what version of Skyfield I have using the code from the Skyfield documentation, I get an error saying the ‘<’ sign was not expected. See screenshot below. 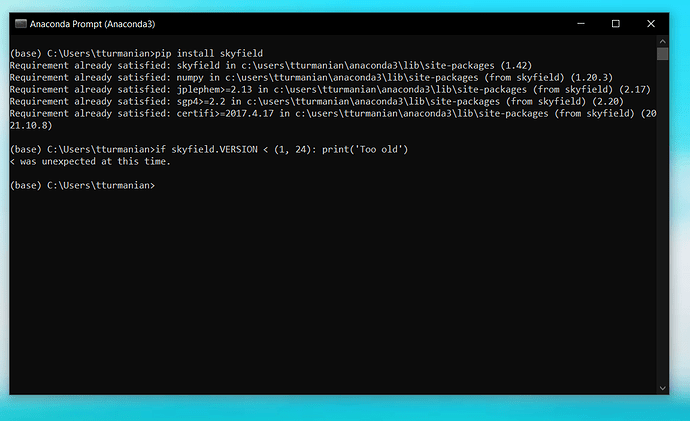 Thank you for your contribution to the anaconda community.

The cause is simple, in the current case to view (or check) the version you have to follow these steps:

“”"
Elegant astronomy for Python
Most users will use Skyfield by importing skyfield.api and using the
functions and classes there.
the source code, as well as the http://rhodesmill.org/skyfield/site!
“”"
VERSION = 1, 45
version = ‘.’.join(map(str, VERSION))